After seeing my most popular project on Behance — our Glowee app, people started asking me about it. So, I thought it’d be useful to share this full of mistakes, yet a fun story with you. Glowee is our side project app that we built together with my husband Nik Shanin, I designed and he coded it.

Glowee - is a customizable flashlight app for light paintings. Using it, you can draw light paintings (or light trails) and take long exposure pictures of them. In real life, light painting photography is a process of shooting light trails in the darkness with a DSLR camera. Our first intention was to make this process of light painting as easy and affordable as possible. So you don’t need to buy a special equipment for it (like a DSLR camera or other tools like light pens, candles, matches, fireworks, lighter flints, glowsticks and so on). 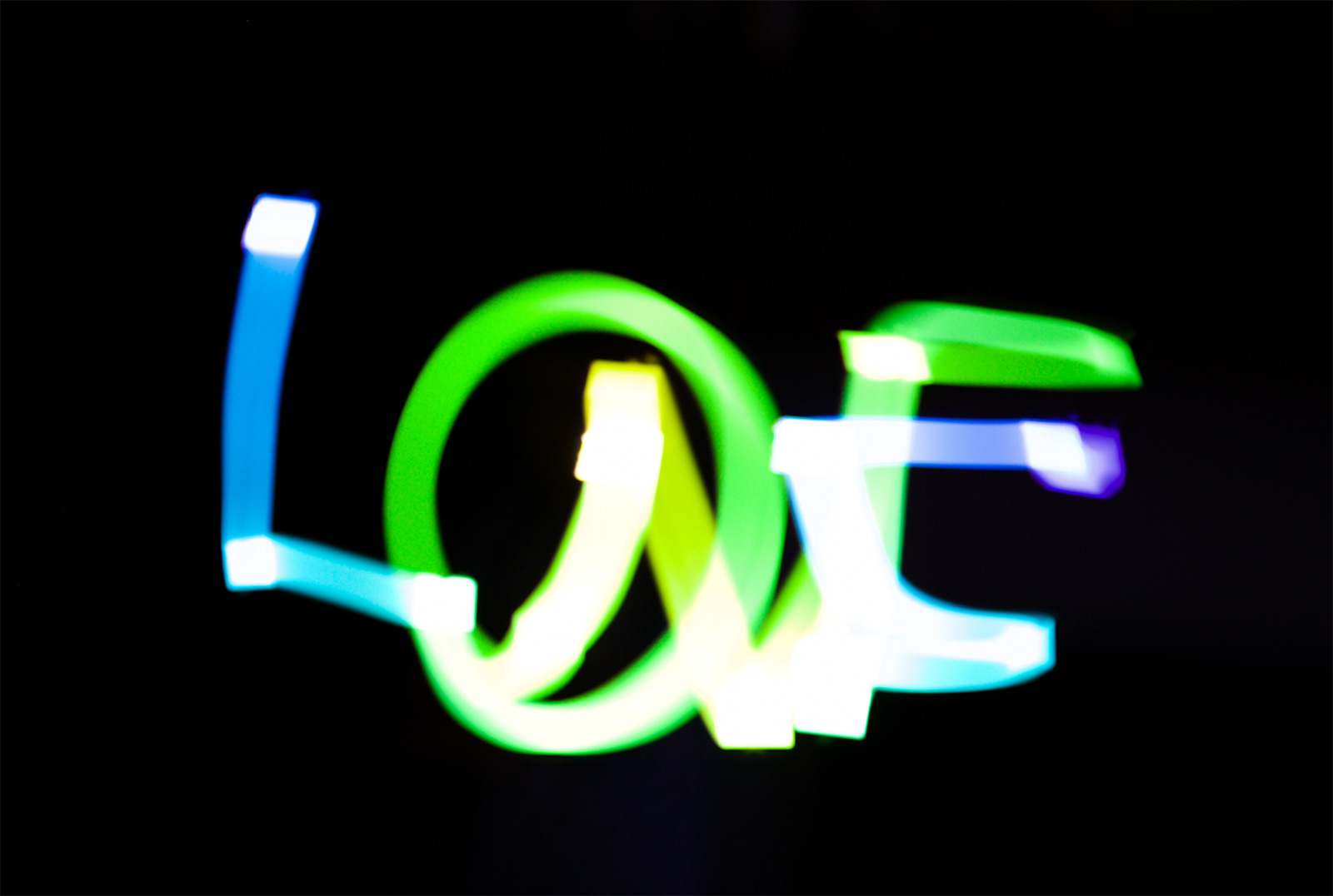 Well, Glowee isn’t the easiest app on the market and I’ll try to explain why. First of all the technique itself, it’s quite tricky. Secondly, to use Glowee you need a friend and a smartphone. Together with your friend you need go to some dark place...Complexity’s everywhere. There, in the dark place, you just open Glowee and begin drawing something by moving your iPhone in the air. Meanwhile, your friend must take pictures of your artwork at slow shutter speed with his DSLR. Thereby making you a true master of light paintings!

While drawing with Glowee, you can choose any color you like. You can even select multiple colors to draw beautiful gradients. We also prepared a few nice stencils for you. You can choose, for example… a skull 💀(remember, we went into the dark place). We also have a letter stencils mode in Glowee so you could write a stunning neon romantic message to your love. The best romantic message ever!

Stamps in Glowee. You can select any color and a stamp to “paint” it with light

Glowee is an experiment for us. There were many challenges with it. But one requirement was very crucial: the flashlight screen should stay empty. The flashlight screen shouldn't show any UI element. It only can show the selected color. The problem with it is following — we need to turn the flashlight on when we want to draw, and turn it off after finishing drawing. So if there was any element on this screen while the flashlight is turned on, it would be forever imprinted on your wonderful light painting. We came with the idea that we can use gestures here instead of any clickable UI element. There were several iterations with other gestures that unfortunately failed. Eventually, we chose a Pinch gesture.

Pinch gesture in Glowee opens and closes the flashlight screen

We liked the idea with gestures and we decided to go ahead and apply gestures elsewhere. In fact, we could do through gestures everything in our app. It was so exciting! But after several rounds of tests, we found out that our gestures are unuseful. We had to improve the UX and made it through using the standard clickable elements where it’s necessary. The app wasn’t so unique and creative anymore. But what’s more important for us, it became much more useful.

Though we kept some gestures as sweet additions in the app, so you could discover them by yourself and use them at your convenience 😉

Initially, Glowee was built with gestures, but it wasn’t enough for an ease of use

Now imagine you’re using Glowee, but what about your friend? To take pictures of your masterpieces, he has to buy an expensive DSLR camera. Well, it doesn't seem fair 😕 No worries, we have a solution. We implemented a camera mode in Glowee. Yes, exactly! We build a simulator of long exposure photography. Now both of you, you and your friend can make light paintings using just iPhones (or iPads if you like). Now one of you can use the flashlight, while another one can use the built-in camera. With Glowee, we wanted to make the process of light painting available for everyone who does not have an expensive camera equipment.

Glowee's camera is actually an interesting thing. In fact, the camera does not take photos, it shoots videos. Then our magical algorithm ✨ (idk, developers said that) applies different modes to certain frames of the video. And as a result, you can see a long exposure photo.

After many changes and iterations, bug fixes and improvements (hopefully) we’re still working on Glowee. Because this app is our favorite experiment. We were curious to find out possibilities of cameras and smartphones and what we can to that and we’ll continue experimenting with it.

We always welcome your feedback and comments. Give Glowee a try and let us know your opinion.